A novel fusion of country blues and classy, soulful pop. Add to this, sassy song-writing, catchy hooks, strong vocals and the drama of Rock and you begin to get a flavour of Eddie Martin’s Anglo-Italian big band, Big Red Radio. The rave-reviewed album “Live in Tuscany” shows what the band deliver live.

FOUR STARS ****  “Eddie Martin is one of the more interesting characters and performers on the UK blues scene, equally adept in a one-man-band, folk-blues, electric blues or even a big band blues setting. This set brings all those elements together,.. plenty of excellent slide guitar work and call-and-response vocals. .. Note too that the sound quality is outstanding ”
R2 Norman Darwen Jan/Feb 2016 Issue

It took Eddie Martin 3 years to  recruit this international supergroup, comprised of top musicians from the Jazz and Blues circuits of England and Italy.

The band recorded their debut sell-out show in Barga, Italy and the album “Live in Tuscany” has been described as “Absolutely Superb” by BBC Radio 2‘s Paul Jones. “One of the best blues albums this decade – it should be in everyone’s music collection. Inventive, creative, beautifully balanced selection of tracks, and delightfully refreshing. Not to overlook exemplary musicianship”  concluded Roots Around The World.

The soundscape reflects Eddie’s identity as the serious student of Afro-American music growing up in the Classic Brit Rock and Blues era. All the material is drawn from Eddie’s rave-reviewed catalogue of song releases. Often Eddie starts by picking his National Resophonic like Fred McDowell (as on the album’s single “How Can This Be”)as if alone on a porch in Mississippi. But then, with hook lines, crescendos and cathartic highs and lows the band come in and the sound morphs to the dynamism of a rock concert.

Big Red Radio is an exciting new musical departure for this tireless Bluesman.  According to one reviewer, Eddie has pushed and updated his beloved blues music to create a new genre altogether “World Orchestral Blues”!

With or without the full album line-up with Gospel Choir and percussionist, Big Red Radio is a UNIQUE ADDITION TO ANY PROGRAMME ON THE INTERNATIONAL ROOTS MUSIC CIRCUIT. 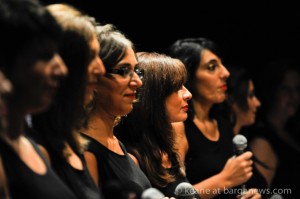 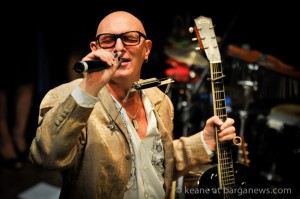 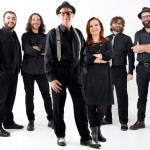 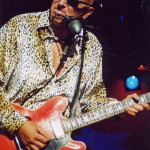