“When it comes to British Blues, few have set their steely focus as acutely as Eddie Martin. And if it sounds like he’s been playing the blues all his life – its because he has…With his 16th release, he delivers 10 strong originals that underline his complete command of the category”

“The Ambassador of British Blues… Whether solo, fronting his trio or leading his big band Eddie Martin excels” Blues in Britain

Eddie Martin has been around long enough to know that a good show is about putting over strong songs with feeling, not just showing off. For 3 Decades Eddie has worked in small group formats, building up relationships with top musicians around the world who can make Eddie’s songs and live shows come to life.

Ripping slide guitar and a genre-sweep from classic blues to blues-rock map the
contours of the Eddie Martin Band’s albums and live shows, and “Thirst”, out 2019, and its predecessor, the rave-reviewed new album “Black White and Blue” are good example.

For over 25 years he has been known as a charismatic front man.  And master-class chops on guitar and harmonica are to be expected now from this highly-rated multi-instrumentalist with 16 critically-acclaimed albums under his belt. Martin has often received “excellent” tags from the international guitar press, and, as for the harmonica, he is often globe-trotting to put on his masterclass workshops.

But his virtuosity as a live performer is displayed with the sense of economy that only comes with maturity.

The ability to play sophisticated harmonica on a rack while simultaneously playing guitar is particularly highlighted in Eddie’s small groups. This enables both a bigger and more varied sound than the usual guitar-based blues/ blues-rock trios, and the introduction of innovations such as horn section riffs and themes on harmonica and guitar, and simultaneous guitar harmonica soloing. 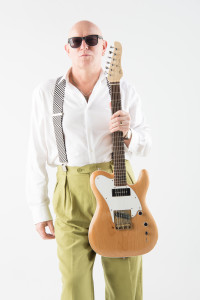 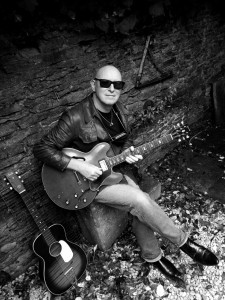 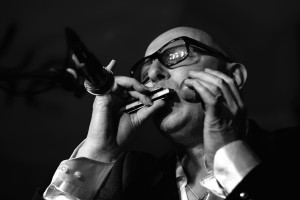 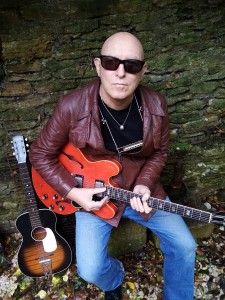